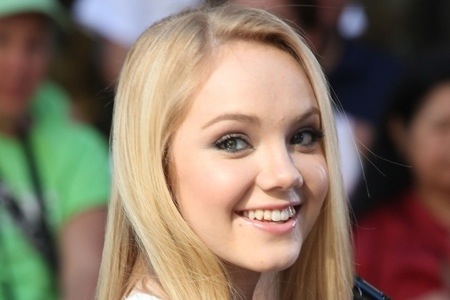 Danielle Simone Bradbery (born July 23, 2022) is an American country singer from Cypress, Texas. She won season four of NBC’s The Voice in 2013, becoming the youngest contestant to come in first place.

Bradbery was born in League City, Texas to parents Danny Bradbery and Gloria Martinez but moved to Cypress, Texas. She attends Cypress Ranch High School, where she is a member of the class of 2015. Prior to The Voice, Bradbery never had a vocal lesson or sang in front of a big crowd.

Main article: The Voice (U.S. season 4)
At the blind auditions on March 25, 2013, Bradbery performed Taylor Swift’s “Mean”, prompting Adam Levine, Blake Shelton, and Usher to turn their chairs. Bradbery then chose Shelton and remained on his team. At the Battle rounds, Bradbery faced Caroline Glaser where they sang the song “Put Your Records On”, Bradbery was chosen over Glaser, in the process advanced to the Knockout rounds. During the Knockouts, Bradbery sang “Jesus Take The Wheel” against Taylor Beckman in which Blake selected her to remain in the competition, sending home Beckman. During the Top 10 playoffs, Bradbery sang a rendition of “Heads Carolina, Tails California”, which became the first song of the season, and only song of that round, to reach the iTunes top 10 charts.

During the Top 5, Bradbery sang a renditions of the songs “Please Remember Me”, “Who I Am” which reached 6 and 4 spots on the iTunes top 10 charts. At the finals, Bradbery sang the song “Timber, I’m Falling In Love” along with her coach Blake Shelton, she also re-sang the song “Maybe It Was Memphis” which would this time reach the iTunes top 10 charts and sang the song “Born to Fly” which then she was announced as the winner of season 4 of The Voice. She had the most peak positions and most singles to reach the top 10 on iTunes during the season. Overall, she had more iTunes downloads than any other contestant in the show’s history. Bradbery is both the youngest contestant and first country artist ever to win The Voice.