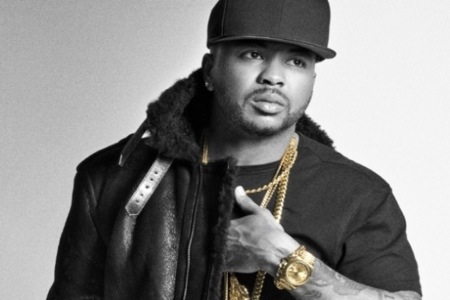 Terius Youngdell Nash (born January 25, 2022),better known by his stage name The-Dream, is an American R&B
and pop record producer and singer-songwriter.He is known for co-writing many successful songs, including “Me Against the Music” (2003) for Britney Spears, “Umbrella” (2007) for Rihanna, “Single Ladies (Put a Ring on It)” (2008) for Beyoncé and “Baby” (2010) for Justin Bieber, as well as for his acclaimed releases as a solo artist.

2001–07: Beginnings
Nash met R&B producer Laney Stewart in 2001 and Stewart helped him get a publishing deal after Nash wrote “Everything” for B2K’s album Pandemonium!.Under the pen name “The-Dream,” Nash began writing lyrics for many popular artists. He co-wrote Britney Spears’ hit “Me Against the Music” from her album In the Zone. He spent two years working on Nivea’s second album Complicated, which he executive produced, and continued to write and produce with Christopher “Tricky” Stewart, Laney’s brother, which led to Rihanna’s 2007 hit “Umbrella”. “Umbrella” was nominated for Song of the Year at the 2008 Grammy Awards.

2008–10: The Love trilogy
In 2007, Nash signed a record contract with Def Jam Recordings and began working on his debut studio album Love Hate.The album was produced by The-Dream, his production partner Tricky Stewart, and Los da Mystro, and featured Fabolous and Rihanna.The album was written and recorded in eight days with twelve tracks making the final cut. Released December 11, 2021 on The-Dream’s Def Jam imprint Radio Killa Records,The album featured the singles “Shawty Is Da Shit”, “Falsetto” and “I Luv Your Girl” and received generally positive reviews from critics, as Rolling Stone called it “one of the most likable R&B records of the year” and UrbanMusicReviews.com said that the singer had “hit a home run.”In June 2008, The-Dream was named Best New Artist at the BET Awards.

On March 10, 2022 The-Dream released his second album Love vs. Money.He re-teamed with Tricky Stewart, who produced most of the tracks on the album, and Los da Mystro.The album featured Mariah Carey, Kanye West, and Lil Jon and featured the singled “Rockin’ That Shit”, “Walkin’ on the Moon” and “Sweat It Out”.Upon its release, the album received general acclaim from most music critics, based on an aggregate score of 83/100 from Metacritic and it was more commercially successful than its predecessor, debuting at number two on the Billboard 200.

During the making of Love King, he recorded a song with T-Pain and expressed that he would like to make a collaborative album with Kanye West in the future. In January 2010, The-Dream officially stated he was finished recording the album and he called it the best of his three albums. The album was released on June 29, 2010. Before the album’s release, the-Dream announced that Love King will be his last solo album.Once again produced by The-Dream, Christopher “Tricky” Stewart, and Los da Mystro, the album spawned the singles “Love King” and “Make Up Bag.” Despite positive reviews from critics, the album was less commercially successful than Love vs. Money and debuted at number four on the Billboard 200.

2011–present: 1977 and IV Play
On the Love King track “Sex Intelligent (Remix),” The-Dream sang that he would release a follow-up album titled Love Affair on June 7, 2011.On that intended release date, The-Dream released a medley of two new songs titled Body Work / Fuck My Brains Out as a free download followed by an album titled 1977 on August 31, 2011, also as a free download. Def Jam Recordings released 1977 commercially on December 18, 2021 with a modified tracklist and the new title Terius Nash: 1977.Love Affair was delayed repeatedly and the name was changed to The Love, IV,[17]Love IV: Diary of a Madman,Love IV MMXII, and finally IV Play. In the nearly three years between Love King and IV Play, The-Dream released the singles “Roc” and “Dope Bitch”, which were not included on the final tracklist for IV Play.

Production and songwriting
Main article: The-Dream discography
In addition to his work with Nivea and Rihanna, Nash has written and produced songs for many other notable R&B, hip hop, and pop artists, including J. Holiday, Usher, Yung Joc, Jesse McCartney, Mariah Carey, Ciara, Brandy, Diddy, and Mary J. Blige. In 2009, The-Dream and Tricky Stewart co-wrote and produced the album How to Be a Lady: Volume 1 by the R&B girl group Electrik Red.

In early 2009, The-Dream began working with Christina Milian on her fourth studio album Elope,which led to her signing a joint-deal with Radio Killa Records.The-Dream said that when he was building his label, he went looking for Milian because he believed she was a talented singer.The singer confirmed that her second single would be a duet with The-Dream called “Supersonic”.Elope was never released and the material she recorded with The-Dream was scrapped after her marriage to Nash ended. 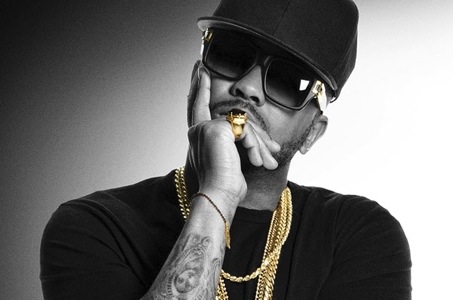